There is a tsunami of news about the new PSP that Sony is going to release later this year. News and photos were leaked in the Internet and it quickly caught every gadget site’s attention. Articles and speculations were posted here and there. More information is expected to be rolled out on E3 2009 on June 01. 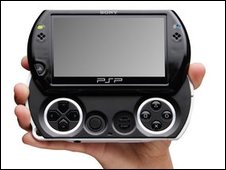 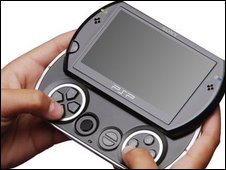 So far here are the “confirmed” specs:

Memory – it has a huge 16GB onboard flash memory. Plus additional memory card support. No more UMD – Sony dumped the widely unpopular disc. Most content will be direct downloads to the device.

Connectivity – Sony added Bluetooth support in addition to Wi-Fi capabilities. It is also said it will be able to connect to mobile phones for Internet access via Bluetooth when Wi-Fi is not available.

Form – It is a horizontal slider and not a standard bar form. Its smaller and lighter – 43% lighter than the PSP-3000.

Controls – The analog control is gone. It will use a standard, 4-way directional control with the four PlayStation buttons on the right. Home button is on the left side of the screen.

Already I can see some problems with the new PSP. Will the smaller screen satisfy the PSP fans? Smaller is not necessarily better. The slider mechanism, mostly with the ribbon, poses wear and tear problems for mobile phones. Will this be the same with the PSP Go? And the form is just not that sleek as the PSP.

Ending on a positive note, the PSP Go! promises excellent games like the new installments of the legendary Metal Gear Solid and Gran Turismo series.

We all know the MJ recently passed away and everything about the late music icon is virtually on all forms of media. Google even thought that the spike of Michael Jackson inquiries was an automated attack. MJ memorabilla prices also shoot up on online auctions. Ebay even has a special Michael Jackson items link in […]

I recently tried to experiment with my new web host and I got a not-so-good result. I bought a hosting plan from BlueHost for a project that I started. Along with it, I also bought a new domain from my registrar of choice – Name.com. I used to like Name.com but this recent experience is […]

People should buy Legit Media even if Pirated Content is available

Watching tons of MJ-related stuff on TV and the internet kinda made me loose track of how it all began and what made him great – his music. I am a fan of his music. A great and gifted musician he is, no matter how screwed up he may be on other aspects of his […]