The concert sponsor is allegedly halting the release of the reunion concert Final Set DVD.

Smart Communications does not want the DVD to be released and would rather have fans directed to their web site for viewing. What a bunch of assholes! Aside from ensuring that there would be no gig for the Heads for the next ten years, Smart is now stopping the release of the DVD.

According to an online petition, the DVD is almost done and should be ready for release soon. If we can remember, the first reunion concert DVD was released five months after the show meaning that it is possible that the Final Set DVD is ready.

I am very disappointed with Smart. They could have been heroes by sponsoring the Final Set, but all they are now are greedy corporate machines bent at nothing but making more money.

An online petition is active and I am inviting you to come and sign in even if your not a Heads fan. Please sign up if you believe this is wrong. 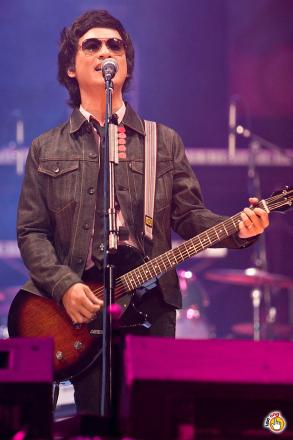 LOTR Is Such A Sausage Fest

I am not a fan of the series. But I have a lot of respect for it and its followers. I can see how people like it and I see the literary and cultural greatness it offers. LOTR is unlike other popular movies banking on pretty actors and pretending to be literary works. *cough, sparkling […]

Here is a video proof that former president Joseph Estrada is running. See it for yourself. A very wise move I might say. The ad gives Erap a very strong political exposure and yet he is paid to do it. Brilliant move on his side.

Racism on the Internet

I was watching an innocent Street Fighter IV video and as numerous popular videos would have it, there were some flaming in the comments. I checked the comment and the profile of the person who made the comment and I was, let’s say, surprised to the very least. I found a 50-year-old roaring,conservative mother from […]