The Church And Father

I recently attended a christening and became a 5th-time godfather. After three christenings in the last three months, I wasn’t really expecting anything new except for minor details on my last baptismal attendance this year. I was wrong. 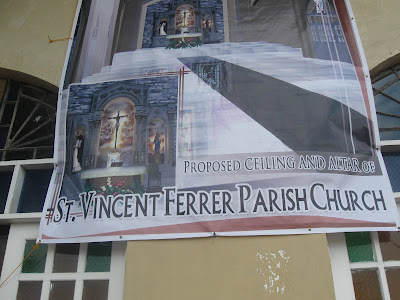 Aside from the sheer number of babies to be christened, there were a few things that surprised me. I haven’t been attending mass since college and maybe this is how they run things now, I’m not sure.

Population explosion. There were easily 50 babies/children that were christened. We tried counting them thinking it would be around 20, tops. We lost count after that but a safe estimate can say there were at least 50 souls welcomed to the Catholic world then. And we were batch two of the christening ceremonies that day.

Dress up for the occasion. The Church helper women were wearing nurses’ outfits. Seriously. 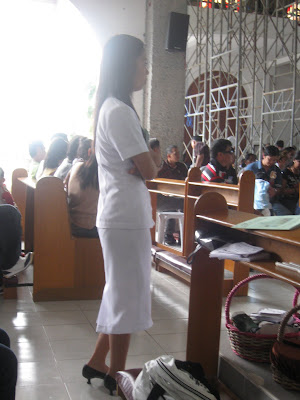 Jesus was a soldier. The priest had a set of guidelines to be followed during the ceremonies. Complete with written and oral instructions before, during and after the ceremonies. He said it was to preserve the solemnity of the occasion. Ironic, for me, the being too mechanical and procedural all but killed more of the spirit.

Father had demos complete with dummy babies of what to do. There were specific time frames of how long each family can take photos at the altar – 10 seconds. Father was counting down 10, 9, 8… loudly on the microphone as the families took pictures. They even had specific places where the photographer would stand. I think they might even consider putting x-marks on the floor for convenience in the future.

Father also had everyone take photographs before starting the rites. He then told us that there would be no more taking of pictures during the christening except during the pouring of water. When one person (a late comer – so he didn’t hear Father’s rules at the beginning) took pictures when Father was speaking, Father called out this person in the crowd.

Donations are mandatory. I could let the other things go. But this, I can’t. Before we started, they handed out enveopes of donations for everyone. After the ceremonies, they collected the booklets, candles and the envelopes. Then father said:

(Do not return empty envelopes. The church is still under construction)

My eyes grew and my eyebrows raised as I stared at my friend who I knew had the same reaction. I tought donations are supposed to be from the heart. Father really banked on the Biblical phrase “Ask and you shall receive.“ 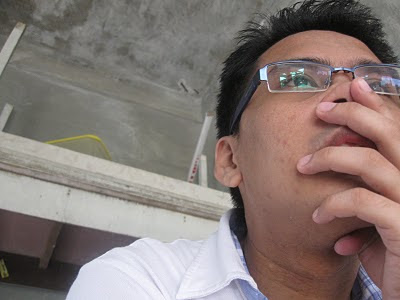 I just wrote my entry for a mobile phone contest. Because of this, I recalled a lot of things and want to share a few of them. This is not an entry to that contest. This is something beneficial for everyone. It’s how I lost my phone and how it happened. And I hope this […]

Yes, I started my Great Google Migration today. After getting some responses from Google and thinking things through, I decided it will be best to do it now. I started migrating my accounts/blogs/services to a new all-Google username because of my recent troubles with Payee Names. I discovered a few things: No dual accounts. You […]

This time of year is always a weird, busy and crazy time! Everything is happening at the same time. Christmas is fast approaching. Everyone is shopping. Overseas Filipino workers are all coming back home for the Holidays. Christmas parties and reunions are held everywhere. Godparents with no gifts for their godchildren hone their ninja skills. […]