Anyone who thinks they know me might be a little surprised slash puzzled how and why I like capoeira. And I can’t blame them. Well for one, I abhor most physical activities. I am only good for: remote control use, keyboard/mouse work, game controller usage and guitar pretend-playing. Those, and the nasty. But thats it.

As many of the people in my generation, the first time I saw capoeira was in the popular video game Tekken 3.

Eddy was a cheap character because you can win just by mashing buttons but more importantly, he was lots of fun to use because he was dancing and fighting at the same time. But not once did I think (back then) that Eddy was doing/performing a real art form.

I saw maybe a few videos back then but I didn’t think (again) that it was real. I thought they were just imitating Eddy. Oh what a stupid kid I was.

More recently, we saw capoeira get in the lime light with Gab Dela Merced (who is very hoy btw) from PBB. That was it. I had to know how it is called. I’m that patheric, I love it but I don’t even know how its called. I asked my sister who was watching PBB more regularly. And I finally found out – capoeira. Even more stupid, I didn’t even get the spelling right. 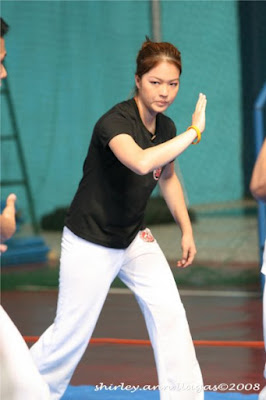 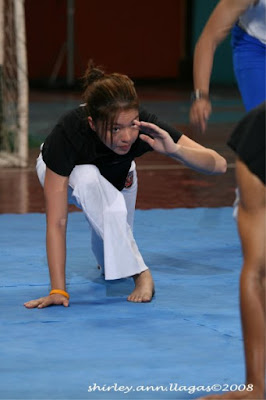 Ever since then, I have seeked YouTube up and down, left and right for videos of anything and everything about capoeira. Until now, I am fascinated.

If ever I would pick up any physical activity even at my relatively old age, it would be capoeira. Its relatively in the Philippines. I only know of one Facebook friend who does capoeira and I am very envious.

Here is a very nice video of Filipino capoeira practioners I found:

If you’d like to do capoeira in the Philippines, here are a few starters:

As with almost everyone else, I first saw her on Strangebrew and was captivated ever since.

I took these pictures of Australia‘s entry at the 2nd International Philippines Pyromusical Competition at the SM Mall of Asia (MOA). Unofortunately, I din’t have a tripod with me so I was limited to 2 seconds max as my shutter speed. A lot of my shots were so blurry. T.T It would have been cool […]

I believe that it’s a huge misconception that recycling and using less plastics will help save Mother Earth. My logic is really simple. Less usage of plastic products means more consumption of paper products or other alternatives. Increased usage of wood products means more trees are cut down. The problem is still there, you’re just […]