It was good. Not that good but still worth the price and trip to the theater for most.

Pros: Action scenes and CGI. As with any comic book movie, Marvel delivers an action-packed super hero film. Fight scenes were awesome. In fact, I award the initial scene where Iron Man jumps an airplane and lands on a stage then proceeds to remove his suit with dancing girls behind him (seen on the trailer) as the “pinakamayabang na movie scene sa buong mundo.” Hindi naman talaga astig, mayabang lang talaga! 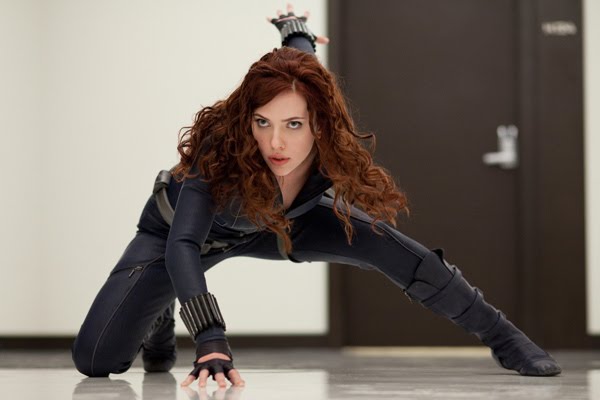 Faithful to the comic. I’m not really a big fan of the Iron Man canon but I think the movie did fairly good at being faithful to the original story with War Machine, Nick Fury, S.H.I.E.L.D., Whiplash and all that.

Suitcase armor morphing scene. Yes, I set this apart from the “action scenes” mentioned above because its that bad-ass.

Pete Becker from FRIENDS played Tony Stark’s personal bodyguard / martial arts tutor. I love FRIENDS so this is a plus for me.

Post-credit goodies. The movie has post-credit scenes. I like them.

Cons – Well, everything else you’d look for in a movie is not here.

The story is shallow and predictable. Not really a thinker, not even an intellectual stimulator. The action scenes are the only thing keeping you glued.

The law of diminishing returns once again presents itself in the form of this sequel. Not that I think the first movie was that good, but its better. And to think that I only saw that Iron Man 1 on video.

Cheesy scenes and dialogue. Aside from a few witty and anti-hero comments by Tony Stark, the movie is full of old, corny, cheesy and predictable lines and puns.

I was really excited to watch this movie because I thought we had 3D theaters here. Maybe we did on that specific date posted on the piece of paper weeks ago. But among the three cinemas showing Iron Man 2, none was in 3D.

I was a little disappointed that our usual place in the movie house was already taken. We prefer to sit just under the projector, dead center. That way, the screen is totally balanced. We had to move to the center of the movie house. We sat at the first row of the upper seats. It was a terrible experience. The area smelled of dead rats. I kid you not. The person sitting to our right actually got up and transferred seats. My gf did not notice the smell at first so I thought it was just me and maybe it’ll go away. But as time passed, we realized that the odor was there to stay and it was too late to transfer seats. It was partly our fault because we came in just barely before the main attraction started. We could have sat somewhere on the right but we chose the center seats for better viewing. Wrong move.

I knew beforehand that the movie had post-credit scenes so I opted to wait. Everyone was gone and we were the only people sitting there. Maybe the security guards, cleaners and some theater officials thought we were trying to sneak in to watch again. The guys at the projector room even shouted that there was nothing after the credits. Why the hell would they do that? I mean we were in a fairly embarrasing situation as it is, why would they imply for us to leave when they knew that there was still something after the credits? I just wanted to see the post-credit scenes. Last time I checked, viewers are allowed to do that.

Normally, I’d be royally pissed with the situations above. Good thing the movie had some very strong points that I just took everything in. But seriously, SM Cinemas should do something about their theater houses. I know, I always said that I only go to the theater house if I think the movie is an A+ movie, but lately, that has been changing.

Picture Picture! – Every Filipino Is A Ninja

My birthday is coming up. In less than a week I’ll be another year older. To celebrate, my friends and I had a get-together for a night of good food, good music, good booze and of course good old piture-taking. Then I realized that Filipinos are more physically agile and quick as a race than […]

Alexa Rank Is Down

Ecstatic as I am in getting my free .com domain name, I didn’t know that doing so will nuke my Alexa ranking. As you can see, my Alexa rank went from around 1.4m to 26m. Not that I am super-concerned, I have of no practical use for Alexa ranking in this blog other than a […]

Surprisingly Good: I Am Number 4

Ok maybe it’s not that good. But still, I enjoyed it a lot. I guess the main reason I really enjoyed it is that I was pleasantly surprised with the plot. Whenever I asked people what the story is about they’d just say “…the enemies have already killed 1,2,3 and Number 4 is the hero…” […]