Experience, Mall of Asia, Me, Pyromusical Competition No Comments

Philippine Pyromusical Competition 2011. The experience. The whole thing was bittersweet to say the very least. It was fun and tiring. Worth it? I guess.

If there is something I can take away from all this, it’s that do not attempt to watch events like these in MOA if you don’t have your own transportation. Using public transport after the event is a nightmare.

I guess I have to factor in the some things to that: I had a hangover from a previous drinking session, we had to travel from Batangas before the event and I had to walk around searching for an ATM right before the competition. I was more tired than than I should be. But still, using public transport is very, very inconvenient.

We left the bay area around 9:30 PM but only got a ride via a multicab that we have to “hijack” at around 12:30 AM. Yes, we spent three hours around the terminal walking around and looking for a ride.

But that’s a little understandable. There was a special event and there were a ton of people there. Even after we left at 12:30 AM, the terminal was still packed with people. What was not so nice were the organizers of the event.

We got in at around 5PM and with our Silver tickets, we were able to get a nice spot by the seaside. Though we were at the extreme right and almost the the end, it was really nice because we were so close to the water.

At around 5:30 PM, we decided to go to an ATM and get some money. (Getting some money is an unpleasant activity by itself. For a large mall, you’d think they’d have more ATM’s.) We had “Silver” stamped on our arms when we got in. When we tried to go back to our previous spot, they would not let us in! What a big organizational fail! They said the area was reserved for Gold ticket holders. I guess we were lucky to get in when we did. That, I understand. Even if it was too bad that our other companions were at the seaside and we (gf and me) were stuck somewhere else, I can let that pass because it’s only fair that I sit where my ticket would officially allow me to sit.

It’s a good thing I didn’t get a gold ticket. I had been planning to buy a VIP ticket but my friend told me a Silver one would do. He also mentioned that the Gold area is too close to the fireworks and would require a wide lens to photograph well. So I decided that a Silver ticket would be the best bet. but it’s unfair for those who bought more expensive tickets. The price of a Gold ticket is twice that of a Silver ticket and the VIP, even more than twice the Gold. I’m just wondering how and why they lest us in to Gold ticket area earlier. My friend even had a “Gold” stamped on his arm at one of the gates by mistake.

What made our Silver ticket spot memorable though, is a fireworks malfunction. Sadly, it came from team Philippines. Team Philippines fired small fireworks from the bay for added effect. Towards the end of their routine, one of the fireworks misfired and went straight to the audience landing just around 10 – 15 feet away from us! I heard one of the audience got her bag and face burned. I wonder how they will compensate her. Unfortunately, I wasn’t able to take a photo of the still-shining-bright rocket sitting on the ground. But I was able to take a picture of the burn marks on the asphalt after quickly deleting some bad shots. 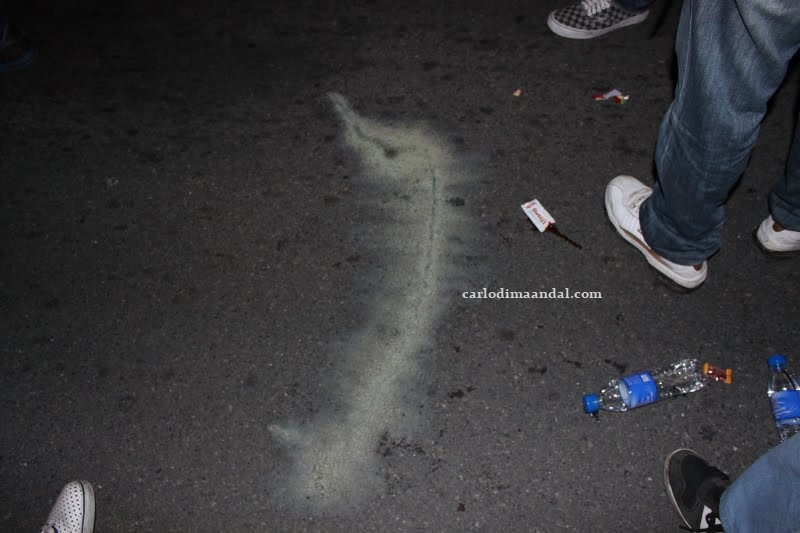 My memory card ran out of space because I was shooting in RAW and I also tried to film a video in HD. I don’t normally shoot in RAW because of the pain in post-processing but I chose to do so that night because I didn’t have a tripod with me. Yes, having no tripod is like a mortal sin when trying to take pictures of fireworks. But understand that I came all the way from Batangas prior to the event and my tripod had no travelling bag. I don’t want to carry it around in its bulky box.

Am I totally sore? No. It’s not that bad. The meat of event was totally awesome. Though we can’t hear the music, the show of lights were still amazing. Another good thing I noticed is a generous serving of security. There were buff and uniformed event security personnel everywhere.

Would I recommend attending the event again last year? Of course! Even if it was tiring, it was still a lot of fun! 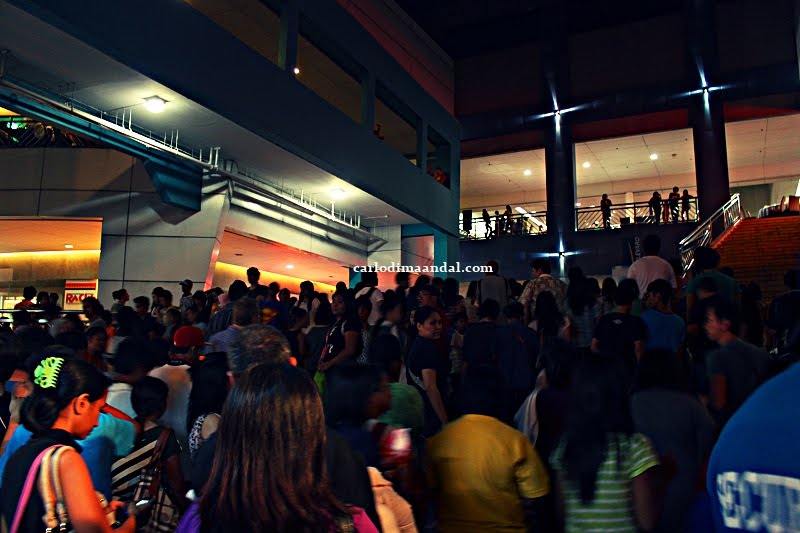 The sea of people at the Pyromusical show.

So after looking around, checking prices and contacting sellers, I finally decided on a vendor and deposited some to his bank account for a Canon EOS 500D. I chose seller Deric Sy. He is one of the few that replied to my text and IM and had one of the most competitive prices. But most […]

When you are passionate about certain things in life, you can’t help but combine them. I love weekend TV programming back in the early 90’s. We had clasics like Bioman, Maskman, Shaider (boo GMA for doing Zaido, its a disgrace to sir Alexis) and more. Thanks to YouTube, people my age can recall and re-live […]

Why Binay Is Winning

I don’t really like Mayor Jejomar Binay. I didn’t vote for him. I didn’t like it when he said he was poor and had to feed pigs when he was a kid instead of playing with other kids. It was their piggery for crying out loud! Fast forward to the 2010 National Elections, people are […]