Surprisingly Good: I Am Number 4

Ok maybe it’s not that good. But still, I enjoyed it a lot.

I guess the main reason I really enjoyed it is that I was pleasantly surprised with the plot. Whenever I asked people what the story is about they’d just say “…the enemies have already killed 1,2,3 and Number 4 is the hero…” that’s it. I mean, wtf? I mean, is it an action-drama? Is it set in this time, or the past? Or what?? They’d they just tell me to just go watch the film.

I never thought it’d be a sci-fi action movie. So I guess I really liked it because I haven’t seen a good sci-fi movie series in a while. I did see Battle Los Angeles a little bit earlier but that’s really more of a war movie. Take out all the sci-fi stuff and it’ll still be the same movie in essence.

And also, there are lots of action, fight scenes, explosions and hot babes. That’s always a good thing.

But even though the story had so much potential, the dialogue sucked so hard. It was painful to listen to at times. And also, I feel that they forced in some sort of Smallville and Twilight elements in the film. I thought they were unnecessary. The film could have been sooooooooooooooooooo much better. 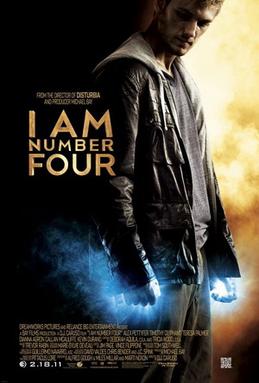 But even after having said that, I’m sure I’ll watch the next installments. Number 6 alone is reason enough. Besides, I was able to sit through the excruciating lines in the first one, I’m sure I can go through a little bit more.

A few fun facts about old Filipino action movies. Nowadays we don’t get many local action films. When the local movie industry died down around the 2000’s, action films died down with it. Now that local films are back, its sad to think that action films are not making a come back. Here are a […]

MMFF Awards – Lower Your Standards In Order To Win

I normally don’t watch local films because well… I don’t like them except for maybe a few movies once in a while. So naturally I don’t have any interest whatsoever on the Metro Manila Film Festival. The most recent one, however, generated more buzz more than usual. I quote one of the judges : Tanging […]

The Pirates Still Got It (Pirates Of The Caribbean: On Stranger Tides Review)

I’ve read mixed reactions about the latest installment to the Jack Sparrow and gang franchise. Being a fan, I was a little disappointed because I was expecting majority stellar reviews on the film. But still, that did not stop me from seeing the film in the theater. And I glad I did. For me, it […]